How to easily translate explainer videos into other languages

Exposure in multiple languages provides your organization with endless potential targets. With multilingual videos, you can engage international audiences and market your brand globally. Take advantage of this tremendous marketing opportunity by learning how to translate explainer videos into a variety of languages.

Animated explainer videos lend themselves perfectly for fairly-easy, straight-forward video translation as they usually only have a narrator that needs a voice-over. (I.e. there are no multiple characters that require a number of voices for the voice-over.)

So, how can one easily translate explainer videos and make them accessible to a wider audience? It is easy:

2. Make a recording of the voice-over.

3. Replace the original voice-over with the alternative language.

Is this easier said than done? Yes, and no… There are a few things to keep in mind when you want to translate explainer videos. And you may need a little help here and there. Let’s illuminate this a little further.

The easiest is to use Google Translate and have the script instantaneously translated into the desired language. However, if you follow this route you definitely need to have the translation proof-read. Automated translations may not always be 100% accurate. It may also be a good idea to give the proof-reader access to the original script (or video) in order to compare the pacing with that of the original video and make alterations to the translation, if necessary. A proof-reader will also be able to allow for colloquialisms and slang. Alternatively, give the video and script to a professional translation service to make the transcript for you.

The next step would be to make a recording of the voice-over. This can best be done by a native speaker. Various online services are available that can do this for you. (For example, Voices provides a platform where voice-actors can be found to do the voice-over. Voquent also translates your voice-over script and gets it recorded professionally with experienced voice actors. The end result, in both instances, is an audio file that you then need to incorporate into the editing of your video.)

With simpleshow video maker you can choose English or German as a video language, at the beginning of the video creation process. The video-making tool will identify the language and suggest corresponding images for keywords in your text. However, it is also possible to translate explainer videos in any other language: In the writing step, write the script in any desired language. The tool may not be able to identify all of your keywords (due it operating in English or German) but you can manually choose your keywords and images. Then record your own voiceover or upload a professional voiceover.

If you are not familiar with the language that you want to make the video in, you may need the help of a native speaker. Here is one way of doing this: Make the video in English or in German. Once rendered, scroll down to get the precise copy of the script and then make use of Google Translate to obtain a translation of the script in the foreign language. Let an expert check if the translation is 100% correct, as well as the pacing of the text. Next, you need to copy the original English (or German) video from your videos’ dashboard and give this copy a new voice-over in the foreign language. How? Simply print the newly translated script (in order to have a paper copy to work from), go to the Finalize phase, choose the “recording” option and ask a native speaker to read the script in the “record your own voice function” in simpleshow video maker. Finalize and render the video and you have your original explainer video in a foreign language!

Video content is one of the most engaging and successful marketing tools. Use video content in multiple languages and thereby amplify your marketing effectiveness exponentially! Just one-quarter of Internet users worldwide are English-speaking, according to Speakt.com. If you want to reach the other 75% you need to translate explainer videos into other languages too! 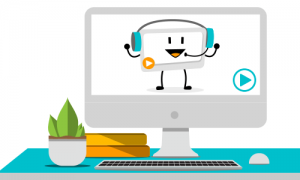 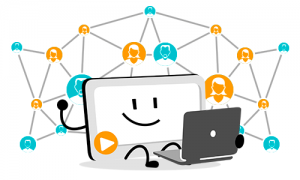 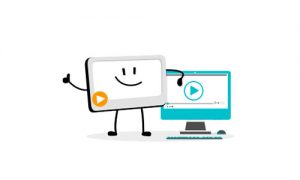